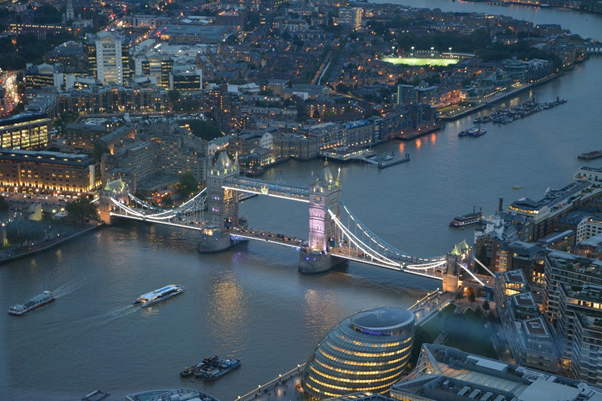 RICS unveiled the results of its 2019 Q1 UK Commercial Property Market Survey in late April. The survey measures demand for UK commercial property space in the office, retail, and industrial sectors. The survey results come from answers provided by 888 respondents from between mid-March and early April.

The survey showed that overall demand for UK commercial property declined in the first quarter of the year, with the occupier demand indicator showing a net balance of -13%.

However, this figure doesn’t tell the whole story. According to the report, the decline was entirely driven by retail, a sector in which 57% of respondents reported a fall in demand. On the other hand, demand for office space was stable following a decline in Q4 2018 while demand for industrial space actually increased.

Here is a look at what the report said about each of the three commercial property markets.

The greatest takeaway from the report is the huge decrease in demand for retail property. This has led to a sharp increase in the availability of units within the sector; a trend that has been seen over the past 18 months. Unsurprisingly, this appears to have led to an increase in incentive packages offered by landlords.

The retail downturn was seen across the UK in both primary and secondary retail units, suggesting the whole industry is suffering. According to the report, the retail decline is expected to continue over the next 12 months.

That the retail industry is struggling is no surprise. The sector has been widely reported as having a difficult time, with Debenhams being one of the most recent high-profile names to suffer.

The Debenhams problems specifically highlights the issue for landlords, as the department store’s new owners are widely expected to close poorly performing storefronts as a way to reduce costs. So far, the new owners have already announced 22 store closures.

Plenty of other reports have detailed the issue on the high street. Soon after RICS released its survey, CoStar unveiled data that showed investment in UK shopping centres has hit a 16-year low. Additionally, new data suggests the number of empty shops increased by 7,500 last year, while December 2018 was said to have been the worst December for ten years for retail outlets.

Chartered surveyors quoted in the RICS report point to many reasons for the decline in the retail sector. The growth of online shopping, as well as an uncertain economic outlook, were reasons mentioned by many.

While retail struggled, there was a steady increase in tenant demand for industrial space according to the RICS report. This is a pattern seen across the UK. It is also a trend which has led to a decrease in the amount of vacant industrial space.

While the decline in vacant space was the most modest in net balance terms since 2013, those who replied to the survey said they are expecting further rent growth across both prime and secondary industrial markets over the following year.

The report points to solid fundamentals as being the reason for the continued growth in the sector, although there are other factors that could be contributing.

A recent report by the UK Warehousing Association suggested businesses were looking to invest in warehouse space to prepare for Brexit. Another report, this time by the Bank of England, commented on the trend but put the strong demand for warehouses down to a shift to online retail and a need to store stock for delivery.

There is Mixed Demand for Office Space

While retail property saw a large fall in demand and industrial saw some growth, there was mixed news for office space.

Overall demand was stable according to the report, although this followed a decline in the final quarter of 2018. Survey respondents also reported growth in the availability of office space.

There are also splits depending on the location. Secondary office rents are expected to decline in London, remain flat in the South and the Midlands, and grow in the North.

The fall in London office space was reported by the Financial Times at the end of March. The newspaper pointed to data that suggested the decline was caused by businesses packing staff into smaller office spaces.

If you are looking to invest in commercial property, then the expert team at Reparo Finance can help put lending in place quickly, so you don’t lose out on a deal. The team at Reparo aren’t constrained by strict lending criteria – there is scope for flexibility and the team look at each case on its specific merits.